We’ll be saying a fond farewell to TJ this Sunday, so she has penned a piece for this week’s blog…

I’ve chosen this picture to illustrate my blog as it represents where I am in my ministry.  I’m about to take another step on the journey as I move on and become an ordinand and then hopefully a curate next year.

As I look back over the last four years here in Stoke Poges, I hardly recognise myself from the person I was when I first arrived: full of enthusiasm and a willingness to serve but little idea of how that might be realised.  I don’t say that with any amount of pride in what I may have achieved but in humility and gratitude for the support and encouragement of so many of the congregation and local community.

In particular, I need to thank Andrew Parry, as my Training Minister, for his patience and wisdom, as he guided and supported my formation in ministry and my tentative steps toward discerning a calling to ordained ministry.  By his strong, Godly leadership and gentle sense of humour, he has taught me so many important lessons that I will take with me from here; not least, how to take myself less seriously.

Another person who has a distinctive sense of humour is, of course, Nigel Lowe.  He too has taught me a lot but the thing I will take with me is the genuinely loving way he accepts people (me included) “warts ‘n’ all”.  His willingness to be vulnerable, whether in preaching feedback or youth work or anything in between, has set me an example I struggle to follow but will continue to learn from.  I may not be as sad to leave his jokes behind though!!!

Simon Edwards has been part of “7Up” leadership from the very beginning and I will be sorry to leave him and all the young people, from whom I learn something new every time we meet.  Our young people have been such a privilege to work with and I’m sure God has incredible plans for them.

OBVIOUSLY, Kate Holliday cannot go without mention as she has been such an amazing source of help in practically every area of my day to day work around the church.  Always there as the “knower of all things” and willing to help in any way, with anything at any time.

As I’ve come this far in thanking people, I now realise that it’s fast becoming a very long list which is impossible to complete.  I’d therefore like to thank EVERYONE who has been part of my time in the church.  When I arrived, I hadn’t really preached or led services (other than the occasional All-Age service) and so all my real learning has been here.  So many of you have had an impact on who I am today, as you have given feedback on my preaching or leading, pastoral care or youth work etc, that I cannot even begin to list everyone.

I suspect that as I move to Penn & Tylers Green Churches, I will constantly have moments when I stop and give thanks for all that you have been to me.

Our reading, John 6: 24-35, opens with a crowd intent on finding Jesus, the same crowd which Jesus had fed the day before through the miracle of the loaves and fishes. When they caught up with Him in Capernaum, Jesus challenged the crowd on why they had followed Him there; they wanted more food to eat, but not the food they needed, ‘Jesus the bread of life’.   So, we also reflected on how and why we had come to church; our motivations and expectations.

To be reminded of what Jesus has done for us and how sweet it is to be in His presence, we tasted bread rolls scored with crosses and bread rolls infused with honey.

We also thought about aids we can use to grow closer to Jesus.  Tara shared a book she uses in her prayer times, Jesus Calling by Sarah Young.  Simon shared UCB’s Word For Today which helps him, and Our Daily Bread which Jeff recommends. 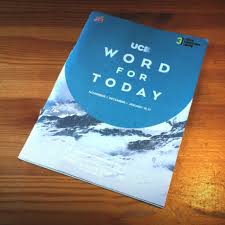 If you missed it or would like to listen again to the all-age sermon, it is available at http://www.stokepogeschurch.org/sermons/

Join us at our next all-age service on 2nd September and meet our new vicar Natasha.

During our All-age service on Sunday 5th August, Nigel presented our Associate Minister, Andrew Parry, with an all-weather, lightweight one-man tent, as a token of the church’s appreciation for Andrew’s unstinting service to the congregation and community at large over the last 12 months between Harry leaving and our new vicar, Natasha, arriving later this month. 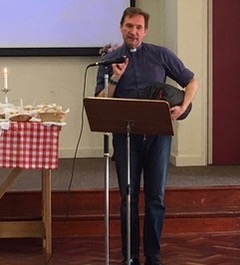 For the next few months Andrew will be taking a step back from ministry in our parish. If you happen to be in Snowdonia this autumn on a damp, dreary day and see a lone figure in a one-man tent with a broad smile, a book in one hand and a coffee in the other, give him a cheerful wave as you pass – it might well be Andrew.

Our Horticultural Society was founded in 1884; its shows predate the Chelsea Flower Show and have been held every year, with the exception of the World War I and World War II years. The Show is a unique community event – generation after generation have entered the various classes. As in many other years, a number of families had entries and prize winners from three generations.

Last year we had to close the show early because everyone was soaked by the rain. This year it was hot, hot, hot on Thursday and Friday preparing for the show. Then rain reduced the temperature but wind became the issue. This meant no bouncy castle and all gazebos had to be well secured. 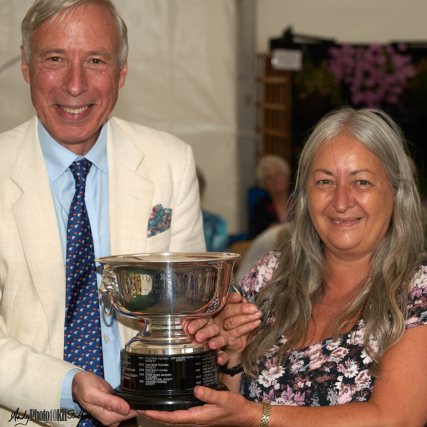 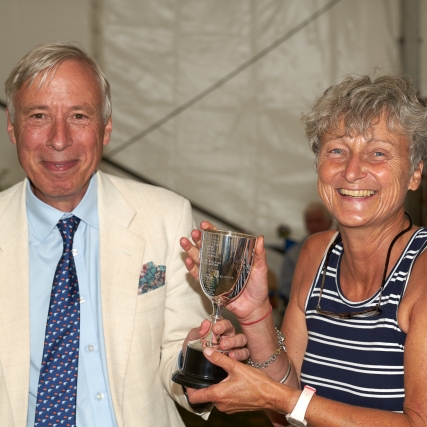 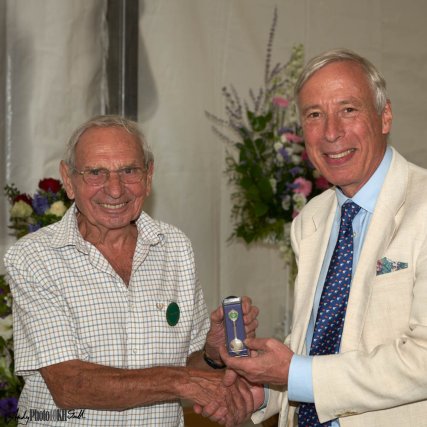 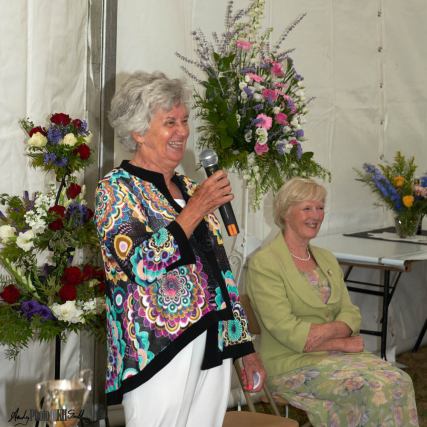 That said, it was a well-attended, successful and enjoyable event.  Considering the extended dry period, the number of entries was high, the only reduction being in vegetables. One judge commented that even cacti suffered from the drought, because they need rainwater not tap water!

The marquee was very colourful with so many floral entries and a wide variety of vegetables and fruit; the arts and crafts, home baking, beers and cordials were also a pleasure to see, as were the entries from the schools and the junior section. There were a high number of entries to the photographic competition. The Stoke Poges Photographic Society acted as official photographer. 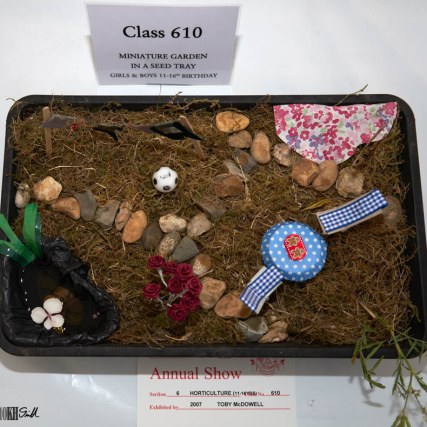 Earl and Countess Howe joined us for lunch, then spent the afternoon viewing the exhibits, meeting exhibitors and attendees, visiting the stalls, admiring the classic cars and enjoying the band.  Countess Howe drew the raffle. Earl Howe presented the cups and trophies at the prize-giving. We were honoured and delighted to have them in Stoke Poges. 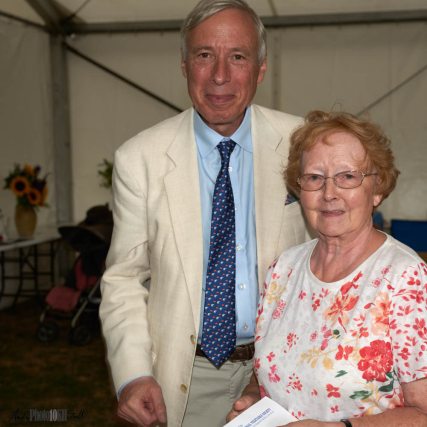 Edward Guinness C.V.O., who lives in Fulmer, came to present the new cup that he has donated.  The cup is specifically for 16 to 30 year olds involved in horticulture; the intention is to increase an interest in gardening and encourage those who have chosen a career in Horticulture. The winner was Joe Hulbert, who has trained in horticulture and has work in Stoke Poges.  The runner-up was a group entry – Crystal Dixon, Rimsha Khan, Eduard Matusa and Abhejit Bedi, sixth form students at Wexham School.

Our thanks to all those who came to the Show and who exhibited. But most especially a big thank you the many people who worked together to make it happen for the enjoyment of all.  If you missed this year’s Show, put Saturday 27 July in your diary for next year. If you would like to volunteer to help next year please get in touch with me Ruth Rooley, Telephone 01753 648040 or email ruth@rooley.com 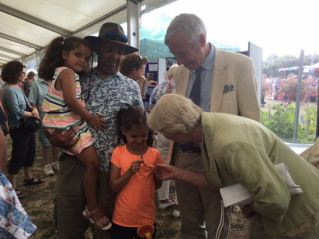 All these meetings are held at The Stoke Poges School, Rogers Lane. Non- members are welcome, with a charge of £2 for talks and £3.50 for the buffet evening. If you join on the evening it is free. Membership is £8 for individuals and £12 for two people living in the same household.